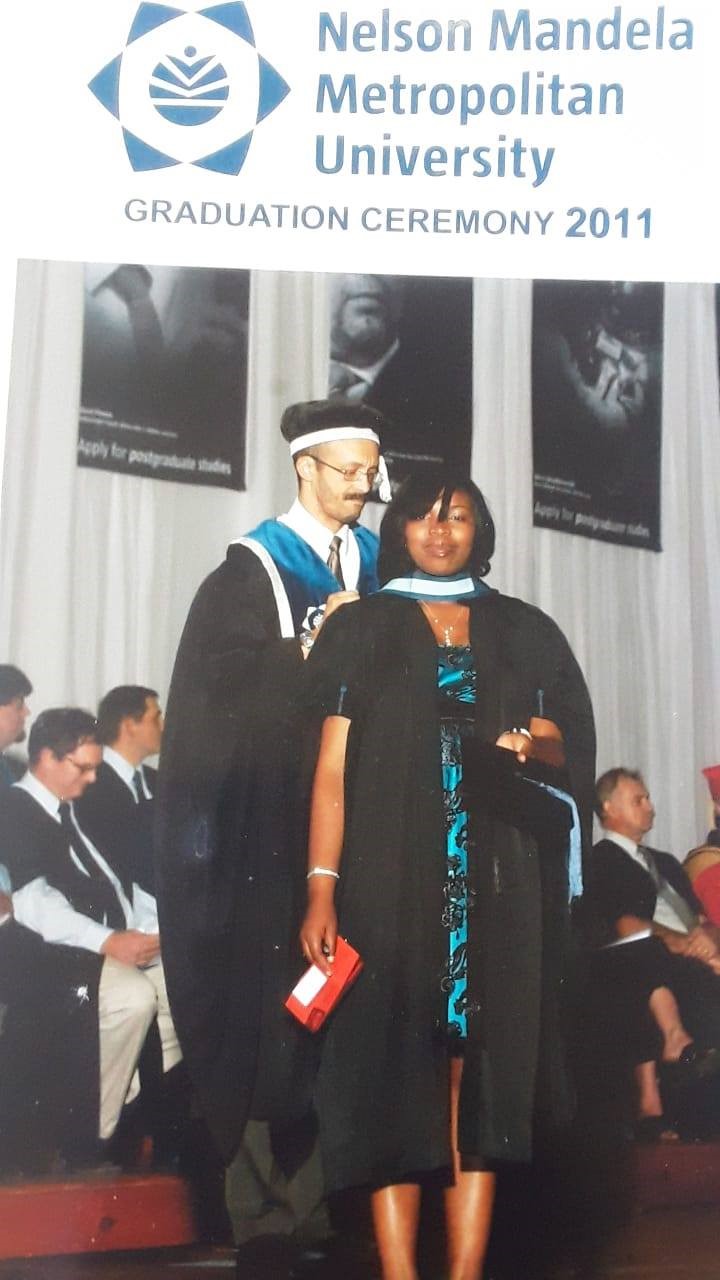 Ntombizanele Sheila Masumpa-Manzana is a 37-year-old Candidate Construction Project Manager involved in at least seven (7) Education projects around the Sarah Baartman Region. “Currently, I am involved in the construction of the R80 million Mfesane Senior Secondary School project in Motherwell which is now progressing very well despite previous challenges. It is one of the best projects that I ever participated in” said MasumpaManzana proudly.

Masumpa-Manzana is one of the Mxolisi Majombozi Bursary Fund recipients (department bursary). She was awarded the bursary in 2010 in her third(3rd) year, having participated before in the National Department of Public Works and Infrastructure Navy programme. In 2011, she graduated at Nelson Mandela Metropolitan University in Nation Building. In 2013, she graduated for B-Tech in Construction Management at the Nelson Mandela Metropolitan University.

In 2013, she then joined the department in Alfred Nzo Region as an ExBursary holder in the Buildings Section. In 2014, she registered as a Candidate Construction Project Manager with the South African Council for the Project and Construction Management Professions (SACPCMP). Masumpa-Manzana then transferred to Sarah Baartman Region, working under the Education Portfolio.

“Making a contribution to other people’s lives is what keeps me going. Knowing what I am doing is working towards uplifting the communities as I am leading a professional team that builds schools for the communities of Eastern Cape humbles me” she said. She said the biggest challenges facing women in the workplace is working in a male dominated field, where she sometimes feels she is not respected or taken seriously.