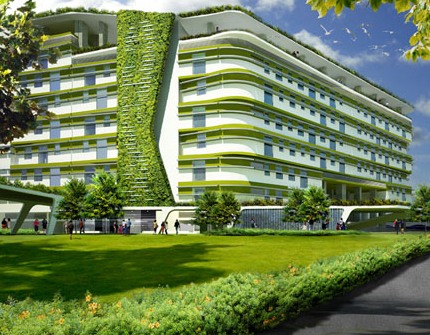 As it stands, the department is the biggest player in the property and construction sector in the province. It accepted a responsibility of providing leadership in green building and green economy. Duty-bound by its mandate, the department took decisive steps to ensure that the portfolio of state building is reducing environmental impact by making sure that buildings are energy efficient, resource efficient and environmentally responsible.

The Green Building Policy as it stands is founded on principles such as Leadership, Energy, Water and Waste Management Plans, Green Building Ratings and Green Procurement to mention a few.

Buildings Chief Director, Malikhanye Mduba, outlining department plans said that the focus will be on roof top solar panels that will be installed as well as installing rain water tanks as an ongoing initiative. Motion sensors for water taps in the rest rooms to assist water efficiency in the department. The is a plan to install.

Such bold steps to be undertaken by the department in realising the green buildings ambitions requires that staff be fully capacitated on these new developments.

He further stipulated that “by 20181920 staff members will be trained on water and energy efficiency, measurements and verification and energy performance certificates” he added.

The Green Buildings Policy is a milestone in government path of green building and Green Buildings economy, this further demonstrates the country’s support to on-going local and international commitments

Dimbaza community benefit in honouring of the Mandela legacy

Roads Mechanical workshop get an upgrade