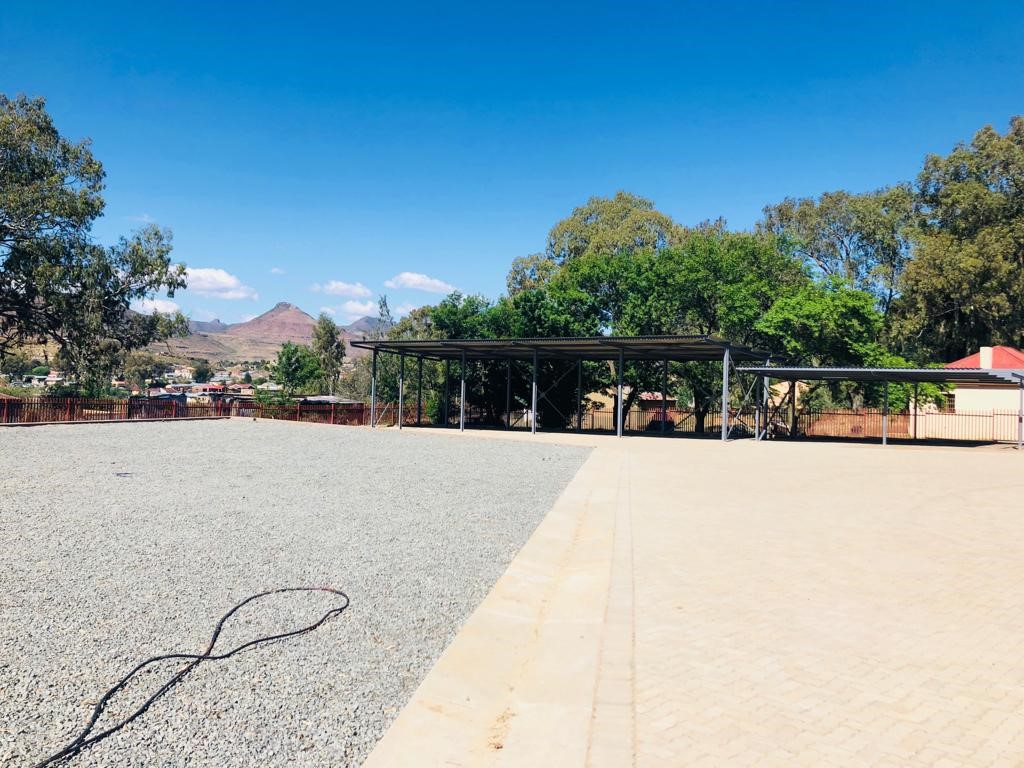 “The building prides itself with high quality technological cameras located in every corner of the buildings.”

The Department of Public Works in its capacity as the Custodian of Government immovable assets did a needs analysis to restore and ensure the functionality of the Roads Mechanical workshop in Sterkspruit.

The structure was renovated to meet the technical and mechanical aspects of Roads Section. The premises comprise of a house for roads workers and a Mechanical workshop to fix broken down yellow fleet.

Initially the structure was of a dilapidated nature where parts of it were burnt as a result of fire, there were no shower facilities, there was no fault finding pit for tyres, plant servicing was done outside as service pit was on the outside, the yard area was grassed and trucks would sink in the mud as it was difficult to work after heavy rains and there were no surveillance cameras around the buildings to mention a few.

The Project was done by the in-house professional team from the Building Infrastructure unit whilst the contractor was sourced through tender processes. The only appointed consultant was the structural engineer. The role of the contractor was to perform construction work responsibilities for the entire project by means of supply, delivery, installation, erection and construction.

The overall project value was slightly above R10.3 million with a scope that included amongst other, installation of Service Pit, a secured parking for government fleet, storage of tools and assets, erection of guard and residential house and erection of carports.

Amongst the benefits, truck drivers who arrived late at night now have a place to sleep which has functional ablution and Shower Facilities and a bigger working area. The workshop also has shower facilities and offices to accommodate a reasonable number of staff. The upgrade resulted to better working conditions for workers as they are now able to service and attend to any defected machinery even in rainy and unpleasant weather as the workshop is inside the building now.

“Having only one consultant have indeed saved the Department of over a million worth of consultant fees and disbursements amounts that would have had to be paid had a fully-fledged consultant team was appointed. The project improved and sharpened the skills of the candidate professionals whom were at the fore front and directly involved.” said Vuyo Njobe, Chief Quantity Surveyor: Buildings.

“Find a Mandela in you this Madiba Month”