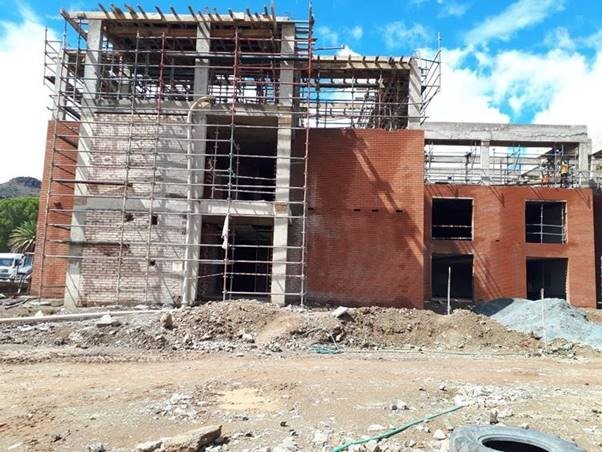 Public Works is building a three storey structure that will accommodate the Departments of Education and Sports, Recreation, Arts and Culture as part of the Komani Office Park that is already accommodating other government departments in the Chris Hani Region.

Upon completion, the modern structure will have 195 offices, six (6) server rooms, eight (8) storerooms, five (5) boardrooms and a reception area with waiting space for visitors. The building will have a ground, first and second floor as well as a standalone ceramic studio The total value of the project is R124 million.

Public Works is moving away from lease expenditure to save on Government funds, ensure that all existing state-owned property is renovated for more effective use by government departments and that all components of a department are housed in one building.

Public Works has so far invested no less than R250 million at Komani Office Park and the Eastern Cape government has saved over R6 million in rentals after the DHS, DoH, DEDEA and COGTA occupied the offices in the Office park.

One hundred and twenty (120) work opportunities were created through the Komani Office Park Project for Women, Youth and People with Disabilities.

Mandisa Dunywa, the Deputy Director: Immovable Asset in the region, said “The development of one Stop Centres at district level is aimed at providing office space in an optimal manner for provincial departments. This will allow for ease of access for all the needs of the people”.

Qhasana Courtyard Gets a Face Lift