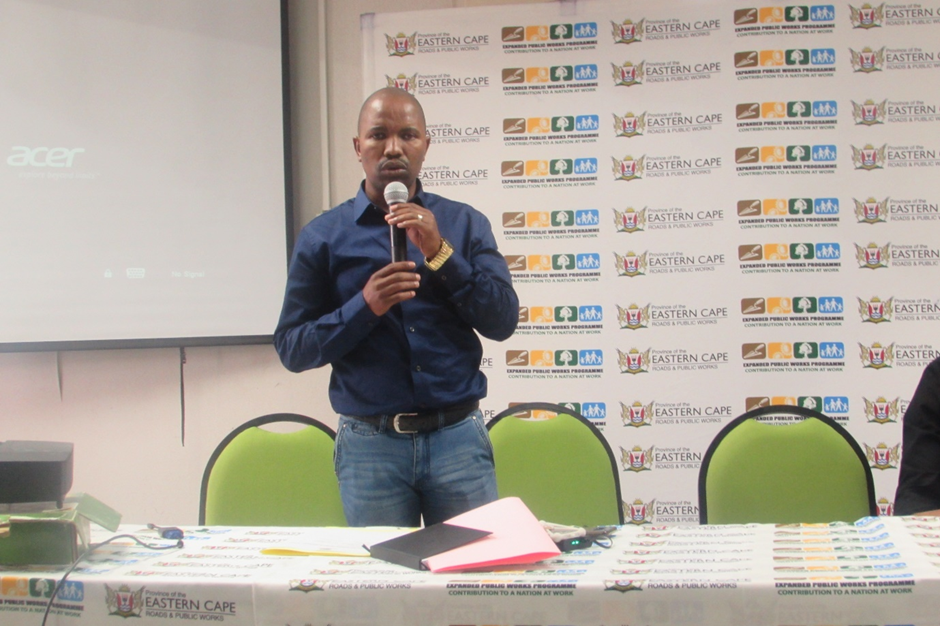 Hon MEC Babalo Madikizela has again on the 13 of September 2019 engaged with Alfred Nzo Region contractors addressing Small Medium and Micro Enterprises (SMME) 30% beneficiation that is not adhered to by main contractors in the region.

This was a follow-up engagement from the one that was held on 16 of August with the regional contractors.

Cllr Pulelo Mohale, Portfolio Head for Infrastructure, said “We need to commit ourselves to the 30% beneficiation to SMME, the 30% is not the maximum where it is applicable we can take up to 100%”

“Let us utilise this opportunity to develop contractors of this region, by these few words I welcome everybody’ ’said cllr Mohale.

In addressing the engagement session MEC Madikizela said this follow-up session in Alfred Nzo regional contractors was because of the adoption of two regions, Sarah Baarman and Alfred Nzo by the provincial government.

“As government we want to pilot partnerships with local contractors in order to address challenges faced by the regions as well as to monitor the 30% SMME beneficiation in all infrastructure projects implemented in the region” said Hon MEC Madikizela.

He further made a request to the main contractors to stop exploitation of emerging contractors and they must make sure the 30% beneficiation of SMME is prioritised.

Lungisa Senzwa, Regional Director for Human Settlement, pledged support of the initiative saying all infrastructure projects implemented by Human Settlement will comply with the beneficiation standards.

Senzwa said his department already has an incubator programme that is currently running in partnership with Department of Public Works in Ntabankulu and Umzimvubu Local Municipality that is assisting in grooming the SMME’s.

The Senior Manager for Infrastructure in Alfred Nzo District Municipality, Chuma Nzoyi, made a presentation of district projects to be implemented and their budgets.

“We admitted we are not doing well as the District in 30% beneficiation for SMME’s, as this programme is new we need to work together with the business forum of the region in order for us to pilot this programme successfully” said Nzoyi.

In his closing remarks Hon MEC Madikizela said “This is the last session for this issue of 30% beneficiation; action will be taken for those who do not comply with the set standards’’ said Hon Madikizela.

“This is a project that forms part of the revitalisation of Bhisho as the capital town of the province”, said Adv. James Mlawu.