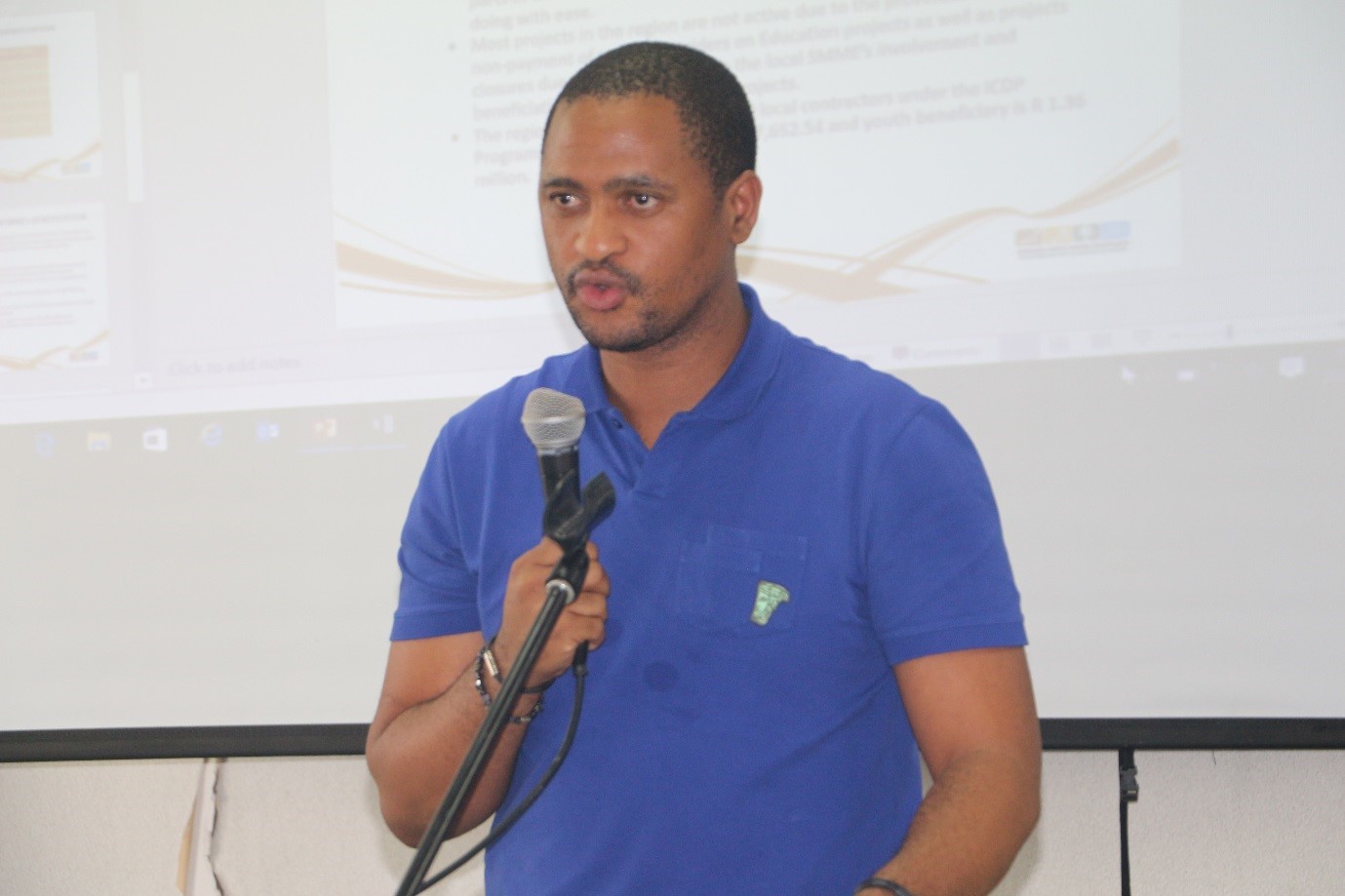 Honourable MEC Babalo Madikizela took to confidence Alfred Nzo Regional Contractors in Mount Ayliff, on the department’s commitment to fulfil the 30 per cent beneficiation for Small Medium and Micro Enterprises.

The engagement session afforded the department an opportunity to bring together all Implementing Agents and Departments that are currently running construction projects within Alfred Nzo District Municipality.

Alfred Nzo District Municipality Executive Mayor, Councillor Sixolile Mehlomakhulu, on his opening remarks said “We really feel that we are adopted by the Hon MEC as you are concerned with the Contractors of this region”.

The meeting was a follow up from the one that was held in Ntabankulu Local Municipality, where the Department of Public Works called the Contractors of the Region to unpack all Construction projects that are implemented in the Region.

“We have a new mandate as Public Works where the department must be central in Infrastructure delivery including Municipalities. We decided to come closer to the region so as to highlight the local beneficiation of the Contractors. Contracts must be biased towards the Eastern Cape and we want to create a one way stop shop for our people” said Hon MEC as he addressed the Contractors and Implementing Agents.

Ayanda Moleko presented the status of the projects that are in the Region. She highlighted all SMME’s that benefited in the projects and presented on the Integrated Contractor Development Programme that is currently on ongoing programme.

Contractors raised issues that they need the department to take into consideration relating to 30% percent beneficiation and development incubator programme that seems to take long for SMME’s to grow.

In his closing remarks, the Hon MEC Babalo Madikizela, advised that the Alfred Nzo Region business association must unite and have one association. The business forum must engage with the Regional Office and escalate to Mayors when challenges are not resolved. He made a request that Contractors must not close projects rather engage vigorously. said MEC Madikizela.

DRPW Leads the way in Internship and TVET training