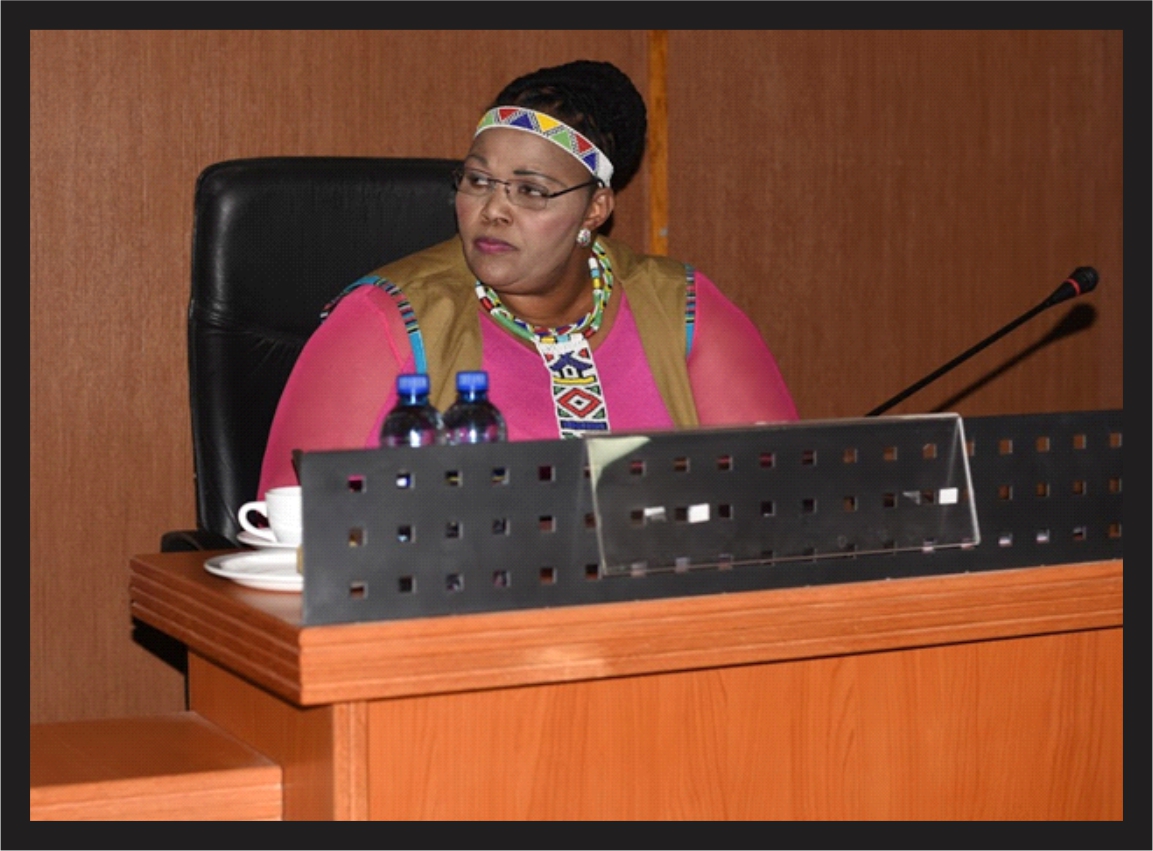 The Hon. MEC Pemmy Majodina embarked on an outreach programme in the district of Alfred Nzo in Mount Ayliff to engage leadership and other stakeholders on the mandate of the department since the transfer of the roads function to the Department of Transport.

“The Department of Public Works is the custodian of all Immovable Assets, namely Property and Land” said the Hon. MEC Pemmy Majodina adding on to say “The Department is responsible for managing the property portfolio, leasing, building and renting out of property”

The meeting was to build, establish and strengthen relations between the department and local spheres of government towards improving service delivery. The programme was also aimed at updating Municipal leadership on various commitments and improvement the department is undertaking.

The outreach programme as mandated by the Hon. MEC is to communicate the department’s plans on unoccupied schools, building structures that could be put to much needed occupation.

Mageza said “Over a period towards the end of the 2017/2018 financial year, the provincial sphere of government has persistently and consistently achieved its target”.

The report clearly communicates and outlines provincial, sectional and municipal performance against targets set for the creation of work opportunity, providing a snapshot on the performance of EPWP sectors in creating opportunity for target groups like women, youth and people with disabilities.

“In respect of demographic categories EPWP in the province has surpassed the target for women participating in job initiatives, however the challenge still persists in attracting the youth and people with disabilities” said Mageza.

Hon. MEC Majodina adds and communicates the plight of Eastern Cape ex-mine workers and plans to deal with their outstanding benefit from Department of Mineral Resources and the National Department of Health.

The Hon. MEC as the newly appointed political champion of the ex-mine workers outreach puts to patriots and leadership to assist in coming together in convening meetings to enlighten the ex-mine workers of the budget due to them, a budget that comes in the form of payouts, as-well as much needed health care.