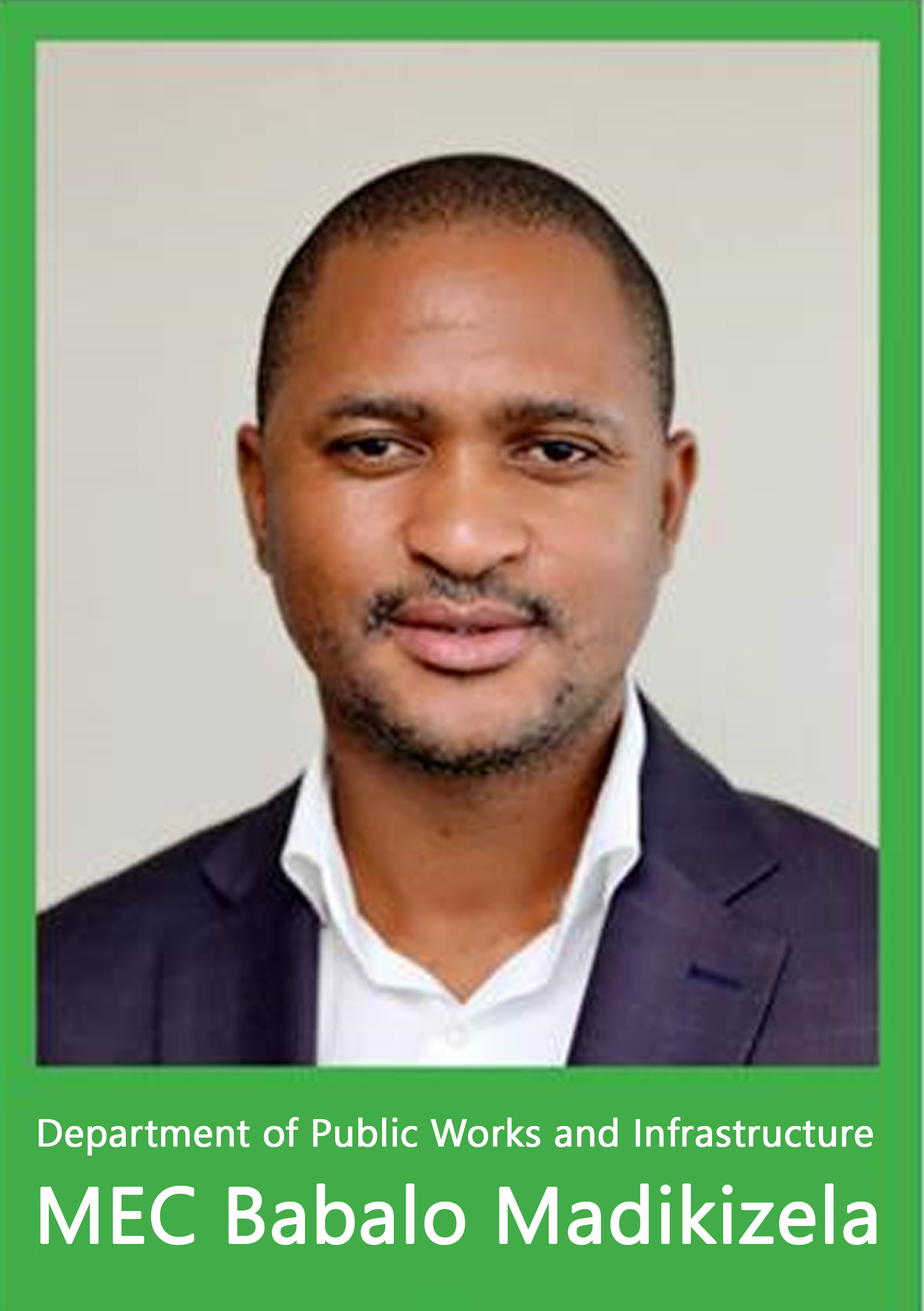 Babalo Madikizela born in Mbizana eMbhongweni in 1976, matriculated in St. Johns college and completed a National Diploma in Town and Regional Planning at ML Sultan now known as Durban University of Technology.

He boasts a wide experience in the public service first as a planner for the then Municipal Mentoring Programme (MMP) and later as a Housing Manager at Ingquza Hill local Municipality.

He left the employ to participate in various business ventures first in the retail franchise of wimpy in Mthatha and later in the Construction industry.

In his young age he has served in numerous structures of the ANC YL at both regional and provincial levels. He later graduated to serve in the ANC structures at regional level both as an additional member and later a Regional Treasurer.

He currently serves as the Eastern Cape Provincial Treasurer of the ruling party the ANC.

He was sworn in as a member of the Provincial legislature in November 2018 and subsequently appointed the MEC of Human Settlements in the 5th administration.

In May 2019 he was appointed the Hon MEC of Public Works in the 6th Administration.